Get the city love you 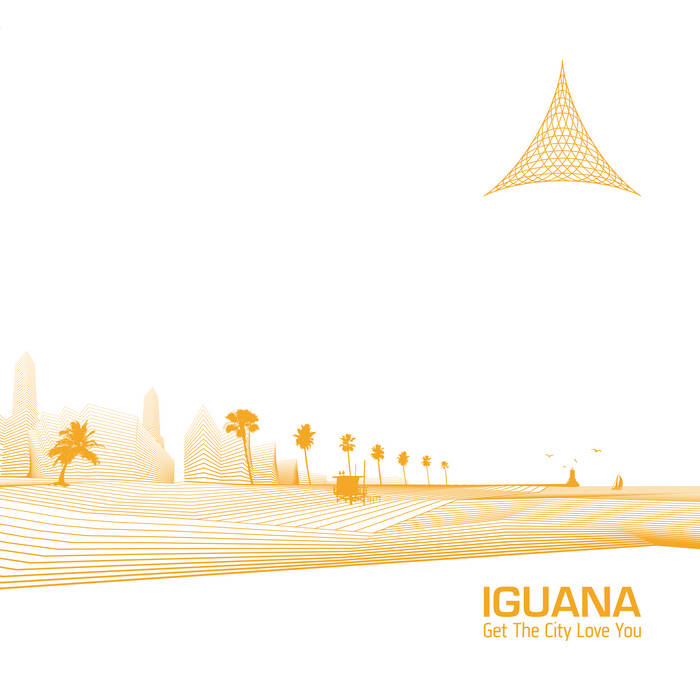 With a potent and natural-sounding mixture of desert groove and classic rock jangle, the mostly-German four-piece Iguana debuted earlier this year with Get the City Love You, a 10-track LP steeped in love of ’90s melodicism and post-Queens of the Stone Age lumber. That influence shows up particularly on cuts like “Vague as a Mirage” and “Get the City Love You,” which have some of the style of low-end push that made British outfit Crystal Head‘s first album so engaging earlier this year, but it’s only a sliver of the whole breadth of Iguana‘s work. Even the title-track isn’t so limited, winding up in a start-stop that reminds of Primus‘ “Wynona’s Big Brown Beaver” as well as the aforementioned desert thud.

Helping any grunge comparison you might want to make, vocalist Alexander Lörinczy (also guitar) boasts elements of classic Chris Cornell in his style, and though it’s an easy comparison to make, that winds up adding to the individuality of Iguana, since the music surrounding moves from the dreamy laid-back psych of “Morning Eve” to the Easternisms of “Madinat al Yasmin,” the early central figure of which I’d swear I’ve come across before either from Master Musicians of Bukkake or in one of Siena Root‘s endearing raags. “Madinat al Yasmin” moves into vaguely-doomed stomp, with Alexander May‘s bass featuring heavily in the mix alongside psychedelic leads and insistent riffing from Lörinczy and guitarist Thomas May. Even with two guitars, though, Get the City Love You doesn’t feel thicker than it should, keeping some space in the recording from the start of opener “New Moon Flyby,” which barely hints at the stylistic complexity to come, despite being a solid execution of Alice in Chains-style harmonizing.

There’s a lot to soak in on the 48-minute album, and after the eight-minute “Fukushima 50” — which boasts a circuitous rhythm that would make Fatso Jetson proud — the ensuing “Über-Idolizer” has a difficult task in distinguishing itself through a slower tempo. Nonetheless, Lörinczy‘s easy moves into and out of falsetto and drummer Robert Meier‘s bluesy kick drum make the track more than an afterthought, and a layered chorus in the penultimate “Down on You” ensure that the momentum carries into understated closer “Freshly Tranquilized,” which caps the promising debut with a warm instrumental build, no more or less sweetly-toned than anything Iguana has had on offer prior.

Get the City Love You was released in June on Sweet Home Records. Were it not for the fact that the two bands have already toured together, and so he’d obviously be aware of them, I might have sent their stuff on to Christian Peters from Samsara Blues Experiment for consideration of Iguana as a fit on his Electric Magic imprint. In any case, Iguana — who also had an EP out in 2008 — give themselves a solid foundation creatively here from which to cohere and build their next time out, and show a noteworthy range in their songwriting in the meantime.

They’re all over the internets — be it Thee Facebooks, Spotify, SoundCloud, their own site, iTunes, etc. — but I thought the video for “Morning Eve” from the album would be a good first impression for anyone not yet introduced.

IGUANA performs a sincere, versatile, heavy and progressive kind of Fuzz Rock. Although still being deep-seated with this genre they have moved on to develop their own vision of a deep, melodic and wistful Hard Rock music. It’s somekind of Desert-Psychedelic-Doom-Post-whatever in the broadest sense. ... more

Bandcamp Daily  your guide to the world of Bandcamp